The Russian winter has been an ever present aspect of military history. It has contributed to the fact that Russia has always been able to hold invaders off. It has shown to be a testament to how hardy and enduring the Russian people are. And for Russia to have an extremely cold region like Siberia to exist, this somehow only proves on how hardy to the cold the Russians are. But as we look closely at the history of Siberia the success of its inhabitants survival wouldnt have been possible if not for the help of their hardy Sled dogs. Most if not all sled dog teams consist of mainly Siberian Huskies. Siberian Huskies are known for their ferocity and their capability of taking down a wolf, its thick solid fur allows it to easily survive in extremely cold climates. The Siberian Huskys migration into other nations was the result of trade between Siberian Fur Trappers and mainland Russians who then expanded it into Europe. Alaskan Eskimos who traded with the Siberians were responsible for introducing Huskies to North America.

Its red eye usually glows with the same elegance of a ruby, while its blue eye glows with a killers conviction that is a good pair to the bright red hue of a Red Siberian Husky.

The Husky breed is extremely popular for its wolfish looks and its strength, while the Grey Breed is popular for being the closest thing to having a pet wolf. But the Red Siberian Huskys beautiful red hue surely has given it a different if not very distinct value among the Siberian Husky Breed. 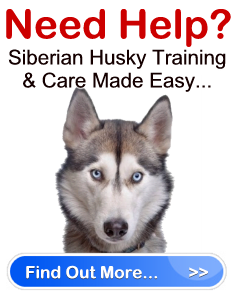